...THE SINCEREST FORM OF FLATTERY 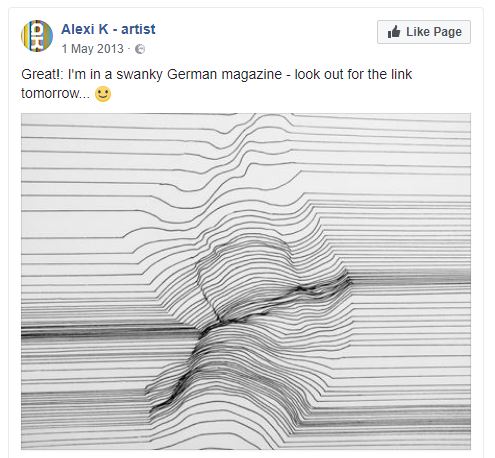 It's great when I get requests from students in the UK and around the world, who want to interview me regarding my POLYGRAPH NUDES drawings. Some of them have even done really cool versions of their own in this style. At some point, I'll compile them into a blog article.

There are other people in the internet - seemingly professional artists - who are also intent on heavily imitating this style... to varying degrees of success.

This style has taken on a life of its own since I originally drew them in 2011 / 2012. A portfolio of the nudes made its wider internet debut in 2013 in Robert Kothe's great but short-lived art magazine The Corner, and then in a gallery debut in the West Midlands Open in 2014. The following year, they appeared in NORA Apartments, Orlando, and continue to generate interest wherever they go.

I'll be embarking on a new chapter in this style, later in 2018, and you'll see them here on this blog.