Beginning a series of smaller, experimental artworks on watercolour postcards. 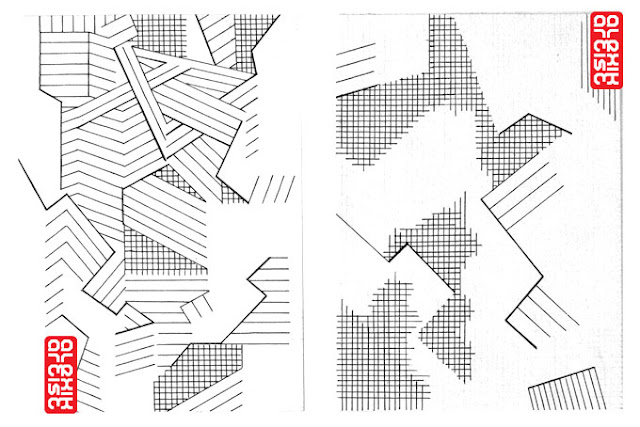 GLITCH YOU WERE HERE... 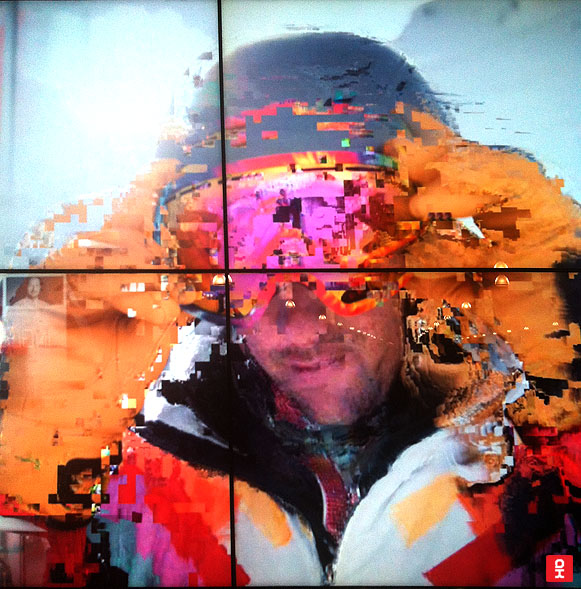 Despite having enormous fun photographing the abstract structures of a quiet terminal back in 2012 ( see the results here ), I'd forgotten how annoying Zurich Airport actually is. It's probably the most badly sign-posted airport I've ever experienced. The simple act of transferring from one departure lounge to another is reduced to an MC Escher-esque conundrum as you follow signs to your departure gate, only for them to completely disappear as you get near them, and reappear when you get further away.

This was because the Swiss seem incapable of following the principle of A-B-C, and instead hide B in a downstairs annex where you would normally expect to find X, Y or Z.

A foreshadowing of this breakdown of reality could be found before we even boarded the plane to Zurich.


''a constant loop of superb glitching'' 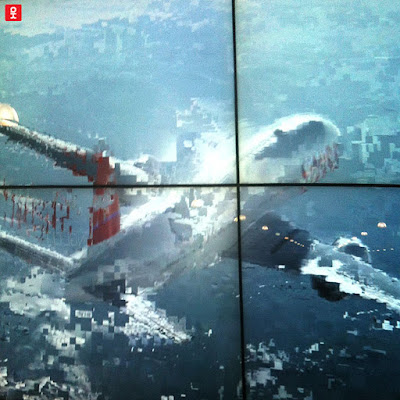 Firstly, upon arrival at Athens Airport, the occupants of the long queue at the Swiss check-in desk - myself included - were perturbed to find ourselves in the proximity of a piece of unattended luggage. I went to find an official - a lady at the Swissair desk ten yards away - who so clearly pretended to make an urgent phonecall that it was like witnessing someone in a provincial amateur dramatics group phoning in a bomb-scare. After that, it was as if all Swissair staff at Athens were phoning-in their performances. I tried to round up a total of three Athens Airport staff and nobody was interested. A security-looking guy just shrugged, and actually said, 'it's not my problem'.

It got to the point where I could imagine a terrorist group - replete with Carlos The Jackal sunglasses, sexy loafers and blocks of semtex - entering the terminal, scouting the area, taking measurements, plotting the focus of the shockwave, going for coffee and croissants, then returning to have another discussion about the blast radius, and finally climbing into a truck labelled 'fertilizer bomb' that had been double-parked for three hours, blocking in a police car. 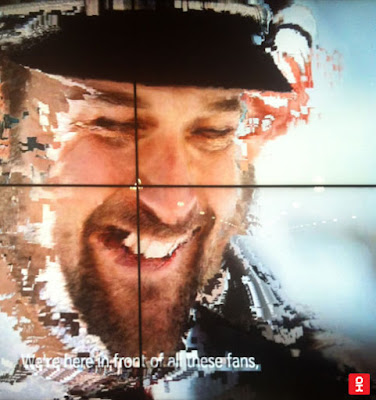 Eventually an official came along who looked at the luggage, made a comment into his walkie-talkie, and then proceeded to stand next to it for the next forty minutes, occasionally looking at his watch and raising the odd eyebrow. Perhaps he was glad to get out of the office and stretch his legs. 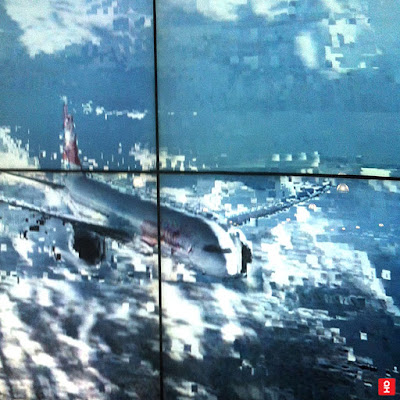 These pictures are of the advertising screen at the Swissair departure lounge in Athens. A constant loop of superb glitching, I stood mesmerized at first, until I had to make a public fool of myself by standing there for several minutes photographing the screen while everyone else was queuing to board. The joke's on them, really. You already have your seat number - why stand there for twenty minutes, slowly shuffling forward like a zombie, when you can be entertained at Swissair's expense by highlighting their malfunctioning corporate showreel? 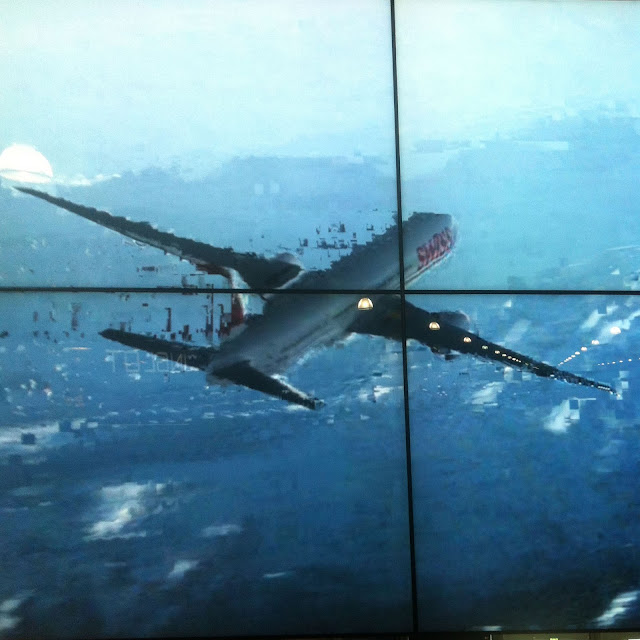 They tried to get in one last laugh, though. Dying of thirst by the time we landed at Zurich, I went through my pockets and found enough remaining coins for two bottles of water. I approached the lady at the counter only to be told that she couldn't accept them because they were euros, and the Swiss currency is franks. 'Since when?!' I screamed, and was about to phone-in a bombscare of my own when she took pity on me, and accepted the euros, with the caveat that I was effectively paying above the labelled price for the drinks. I didn't care and was immediately charmed by Jeffrey's ( yes, that was her name ) generosity.

Please enjoy these beautifully disintegrated photos, courtesy of Swissair. No filters, these were all naturally glitched on location. 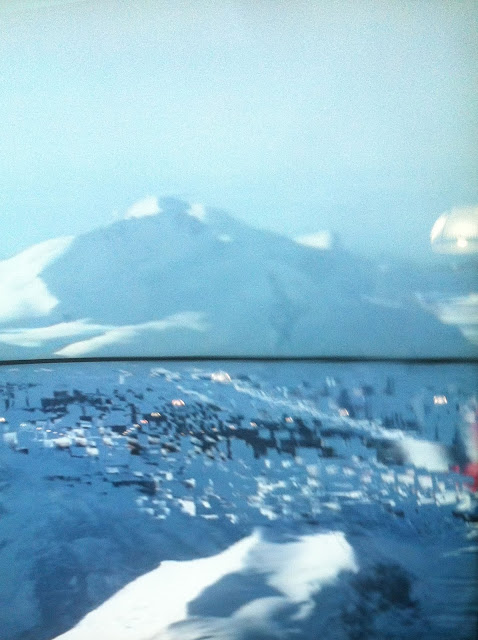 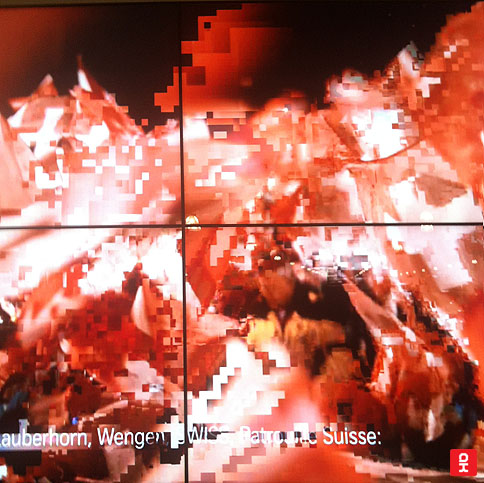 I have a set of pencils, pens and rulers that I take on holiday in case the inspiration hits me. I draw on blank postcards, because they're easy to transport. Doing small art is extremely satisfying, because it's the only time that I can ever do a completed work of art in an afternoon.

Below: Experimental Drawings ( pen and ink on watercolour postcards ), made in Greece, Sept 2018 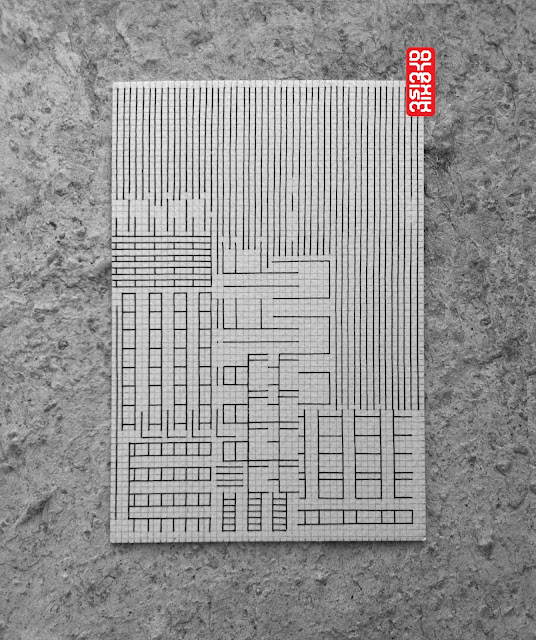 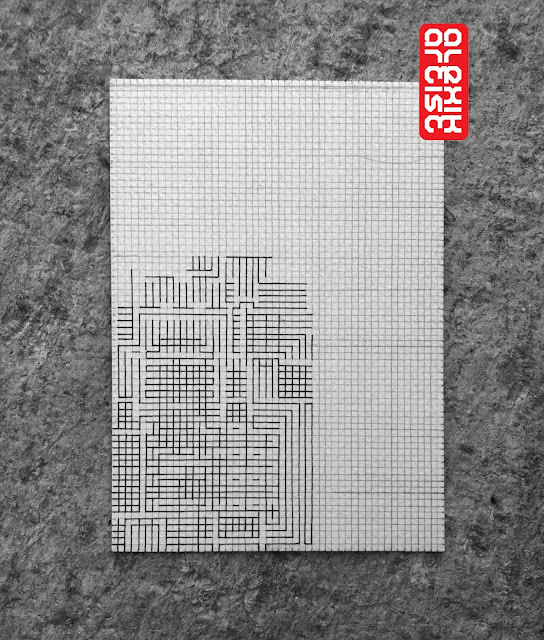