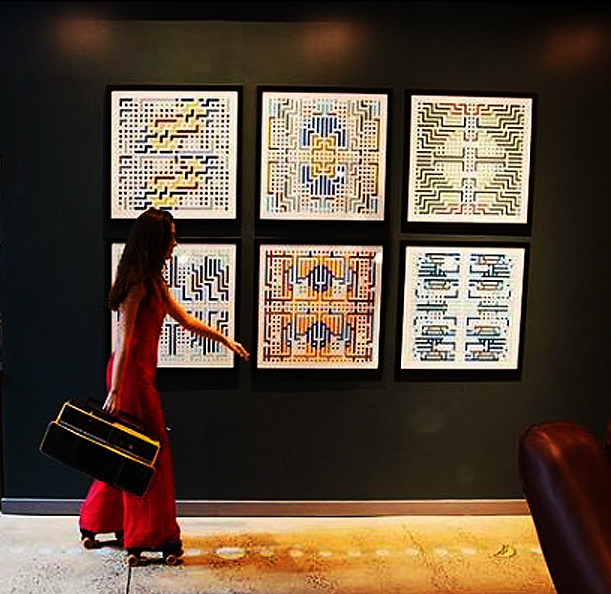 Above: Photo courtesy of Moxy Downtown.


In the summer of 2017, I was contacted by Kim Edwards, an art director at New York architects STONEHILL TAYLOR. She was interested in using my Polygraph Nudes artwork in a new hotel called MOXY DOWNTOWN, that was being built in Manhattan. For the next few months we went back and forth, but ultimately word came back from the owners that perhaps the art was tonally not in sync with the vibe of the hotel. We tried various tweaks, but the artwork was from a specific time ( they were produced purely during an experimental phase about six or seven years earlier ), and anything that came after it seemed to lack the same spirit.

When I went to visit Kim in October of that year, I noticed that her design scrapbook included some of my experimental mosaic patterns lifted from this blog, alongside some jpegs of pixelly old-school 'space invader' characters that she'd sourced from elsewhere. Composed entirely of squares, the two different designs looked good together and this greatly excited me because it was an intriguing indication of the direction Kim was going in. ( Continued... )

Below: The DATASTREAM ARABESQUE artworks were also featured in the Birmingham Design Fest's 'Best of Birmingham' exhibition at Allemuir House, curated by Gensler Birmingham. 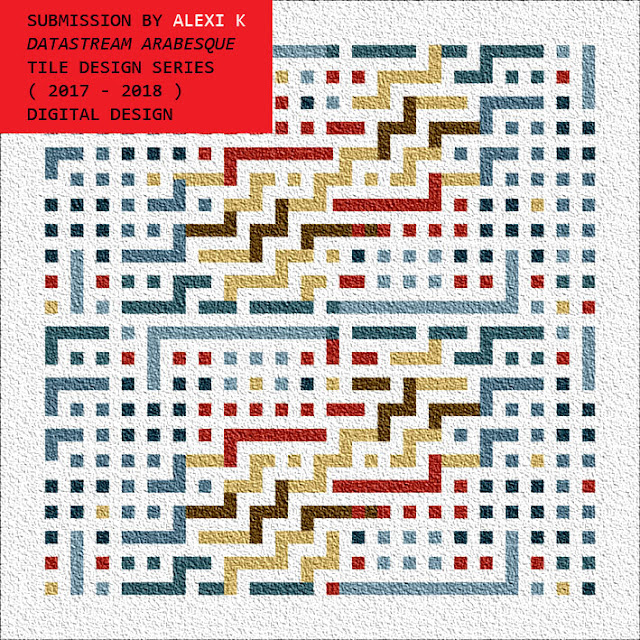 It's an interesting process, going back and forth between drawings, paintings and digital. Ways of thinking that evolved uniquely to my painting method, found their way into my digital art process, and vice-versa, and I so was very pleased that these more contemporaneous works had caught Kim's eye.

Below: A visualisation by art director Kim Edwards. The MOXY brand of hotels is about creating a stylish environment for sophisticated millennials 'at affordable prices'. Kim's mood boards indicated to me that I should expect a Scandinavian / Japanese amalgam of natural stone and wood colours, interspersed with cool artworks from a wide range of artists, myself included. 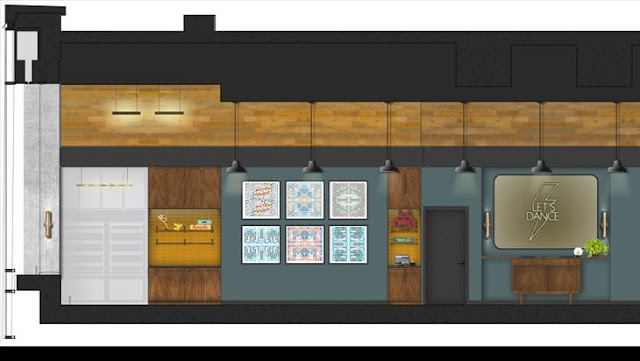 Originally, the process of creating the mosaic designs involved editing, revising and re-composing until each piece balanced correctly - exactly the same method as my paintings. The only difference is that with digital, you can produce dozens of permutations in the same amount of time that it would take to do one painting. 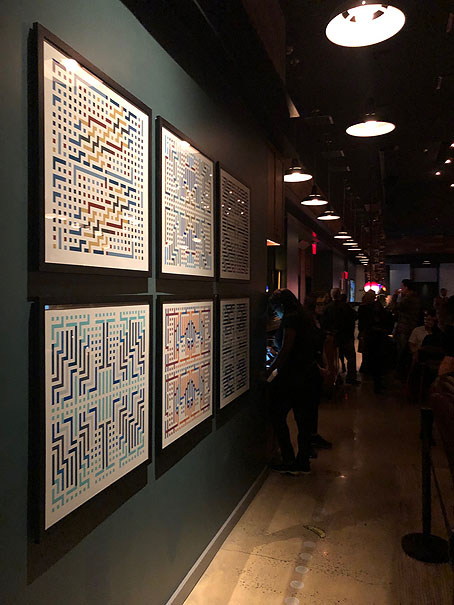 Entitled DATASTREAM ARABESQUES, the artwork was intended to evoke the flow of  information through the matrix of technology that now envelopes our lives. 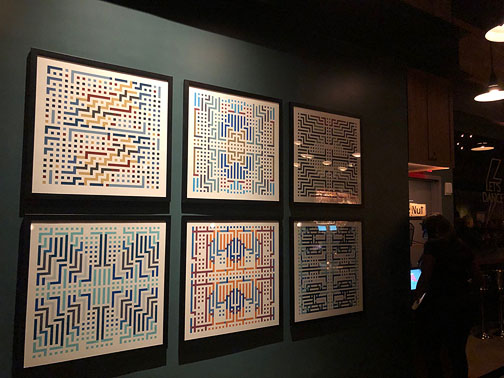 What's particularly satisfying is that despite the technology and output methods that characterize digital art, its creation was, for me, a completely authentic process of inspiration and abstraction, which luckily received no notes or requests for tweaks from the owners of the hotel. The designs stayed exactly how I had originally made them, before I had even thought about any possible commercial application. I look forward to staying at MOXY DOWNTOWN later this year and seeing the finished project for myself.

Thanks to Kim Edwards and Stonehill Taylor, and also to MOXY HOTELS.

It still amuses me to see where my paintings travel to. As you can imagine, I rarely get to go back and examine the back-catalogue. In fact, I don't even look up at paintings that are on the studio wall right now, because I'm too involved with the latest set of questions posed by the current piece.

When I do get to see work from a previous collection however, I'm intrigued by the compositional decisions made. Viewed with fresh eyeballs, these visitations from the past can often provide me with solutions to current painting problems. In this instance, I remember how useful it was to divide this up into five columns ( instead of my usual three ), and also how those blocks of cadmium red were useful for providing the barely-contained explosive energy of the piece. 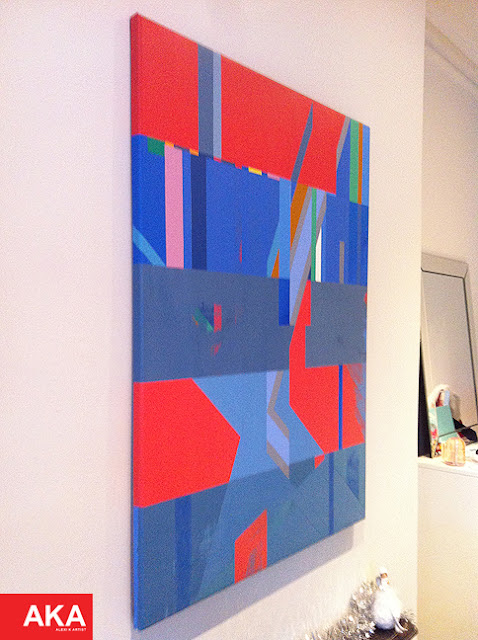 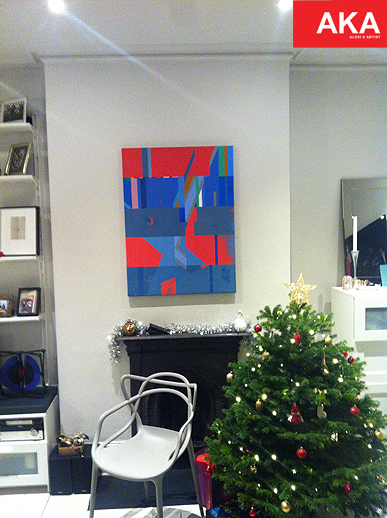