With a childhood interest in comicbooks, then Pop Art, movies and film design, you might have gathered that I'm not only a sci-fi buff, but also an avid reader of Hollywood biographies. A week ago, before she was even taken ill, I got Carrie Fisher's book 'Wishful Drinking', thinking that this smaller volume would be a good starter before I purchase her latest blockbuster, 'The Princess Diarist'. 'Wishful Drinking' is based on her one-woman show, and packed with quotes and one-liners.

Describing a story recounted by 'Greg' ( a 'gay Republican' friend, who used to share an office with Barack Obama's predecessor, George W Bush ), he apparently revealed that W had a 'gift' for breaking wind on command...

''When Greg was expecting people for a meeting, W would come in and fart in the office, and then run, leaving Greg in the midst of it. Like someone in a cloud of marijuana smoke. The people Greg was meeting with would, of course, come in and find Greg surrounded by this awful smell.

It's not too dissimilar to what President Bush has done to the country.''

Last night, on Christmas Eve, I started to design a digital Christmas card to send out. Nothing commercial, just something I send to friends and family. By around 2am Christmas morning I completely ran out of steam, and thought, I need to be asleep or Christmas Day will be a write-off. This is the first time I've failed to get any kind of card done.

Today, while the turkey was roasting, I opened the files and tried to salvage something from all the fragments, and still couldn't come up with anything.

However...these 'fragments' do look rather beautiful in their own right, so I'm putting them out there as a late Xmas gift to you. Enjoy the holidays! 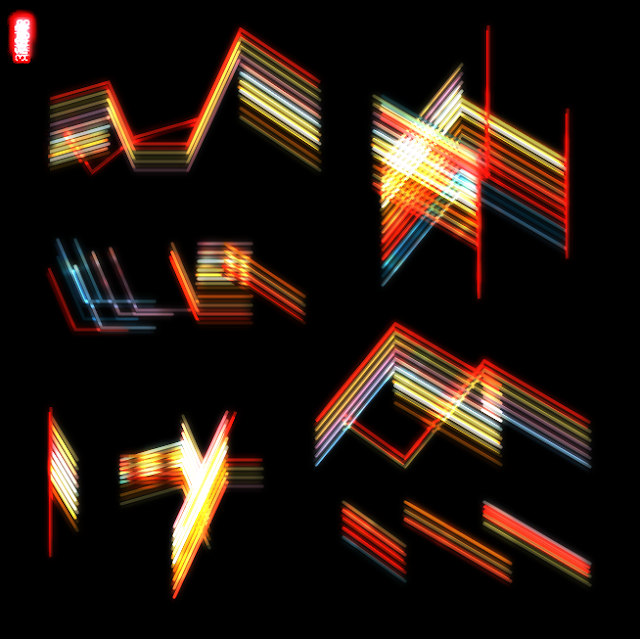 I was going to leave this off the blog, but having looked at it again, I've decided I really like it. It's a structure that I can only see in my mind's eye: The repeated towns and villages as depicted by Picasso and Braque, and decades later seen at the fantastic PIONEERING CUBISM exhibition, circa 1990, in NYC at the MOMA. This is my version... made with chevrons. 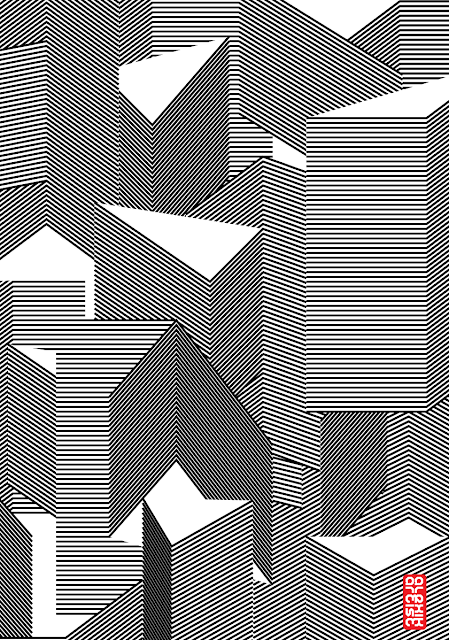 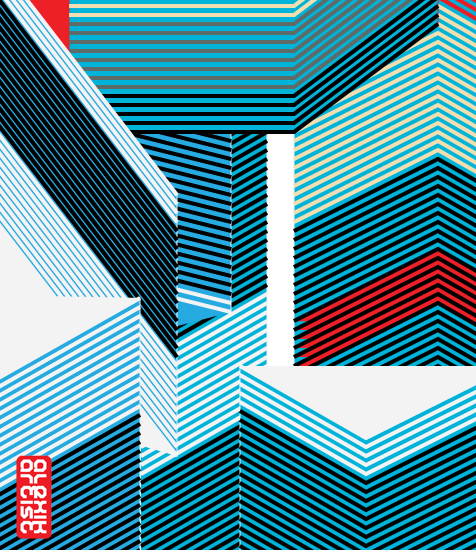 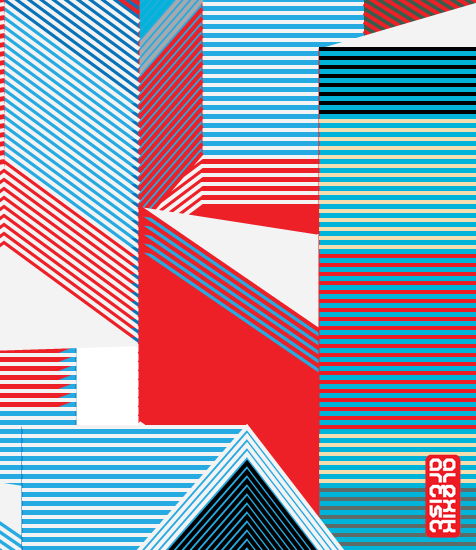 Emulating my postcard art in the digital realm has an unforeseen side-effect: It is actually very difficult to look at. Still, there are properties here that can be put to good use in future art. 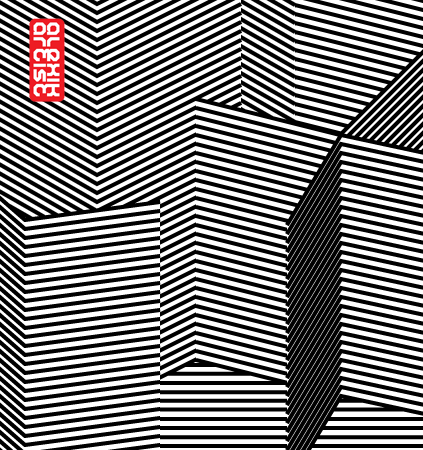 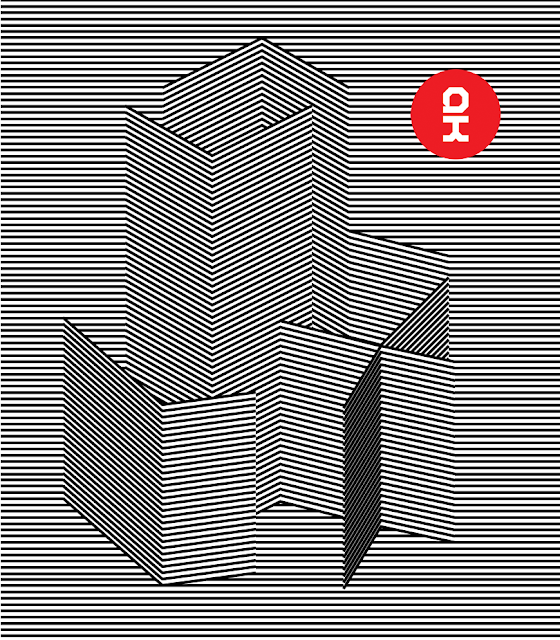 Still getting a feel for the software. 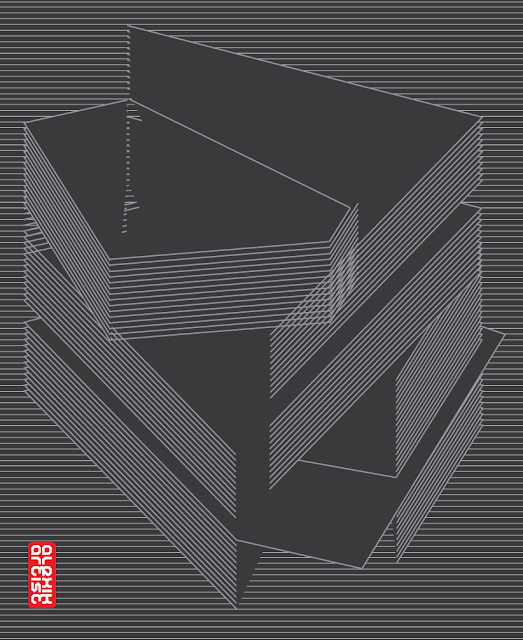 Below: Deconstructed, recoloured and with added texture. 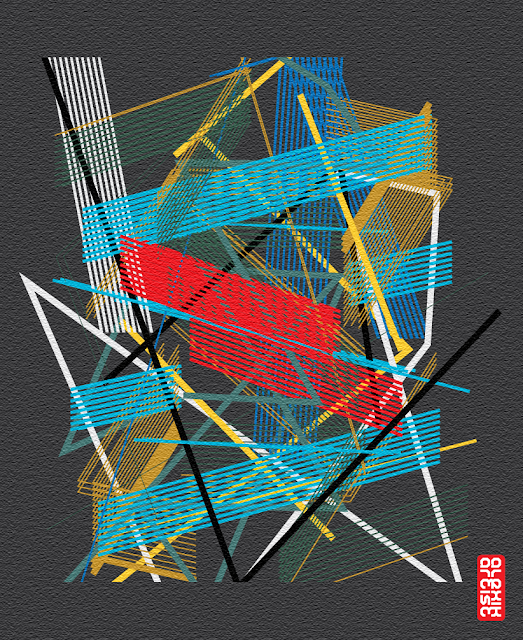 Still exploring vector drawing, creating random shapes and then stretching and distorting them. Decided to take this one apart, and then stopped when it suddenly began to resemble a 1980s album cover. 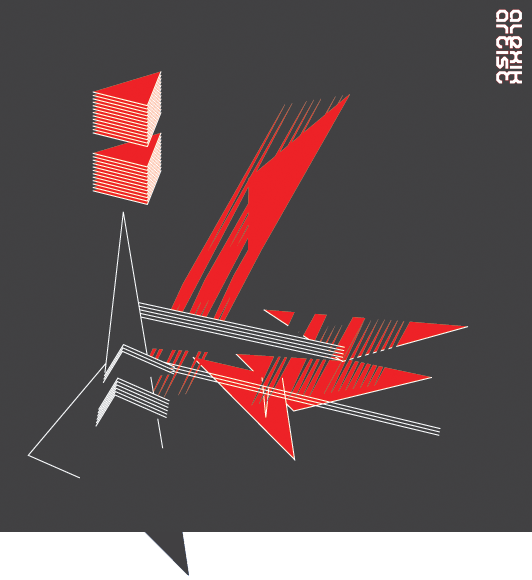 In the second piece I'm beginning to explore the perrception of depth within the 2D shapes. 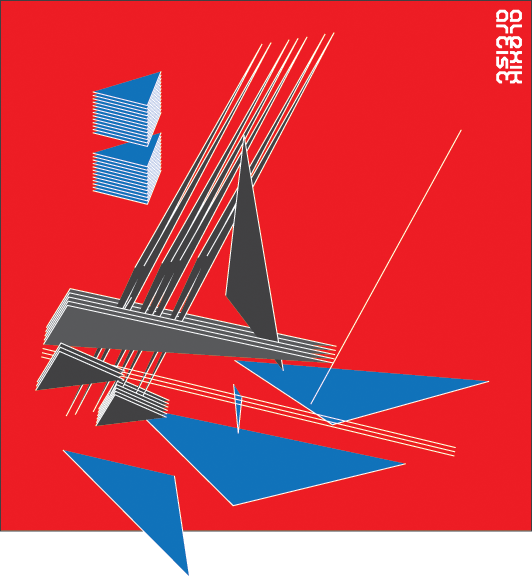 In the third, all colours have been removed to expose the actual lines that make up that version of picture. 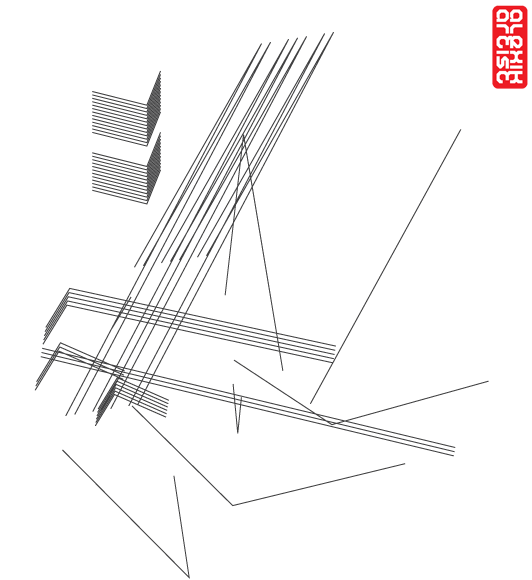 The intention was to emulate my postcard line drawings with nice clean vectors ( which can be enlarged without losing quality ). Inevitably, the different medium ( digital ) presents its own set of opportunities and tangents, and you end up deviating from the original idea but inventing a new one, instead. 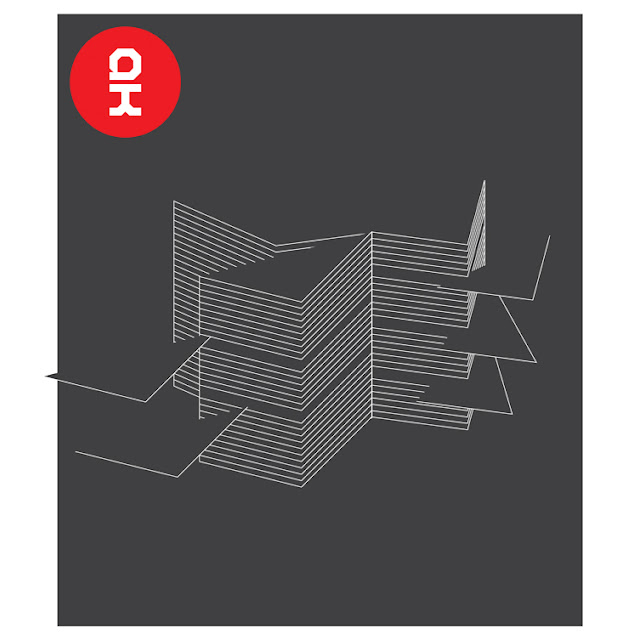 In the USA, the good folks at Valley Forge Fabrics, alongside relatively new company WeaveUp, contacted me after they saw the potential for fabric pattern design in my geometric art. They have been busy promoting my work since, and you can read an interview they did with me here. 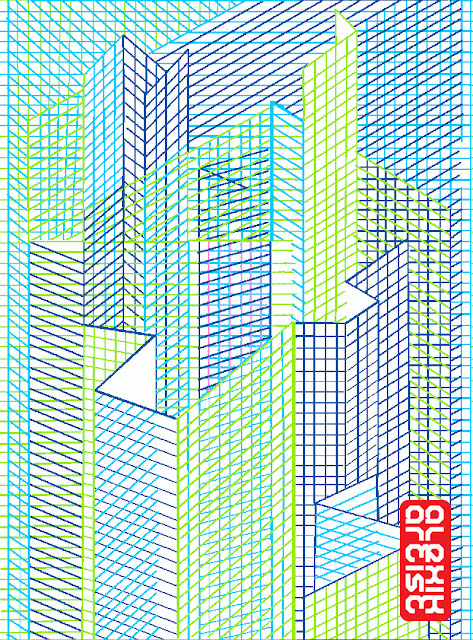 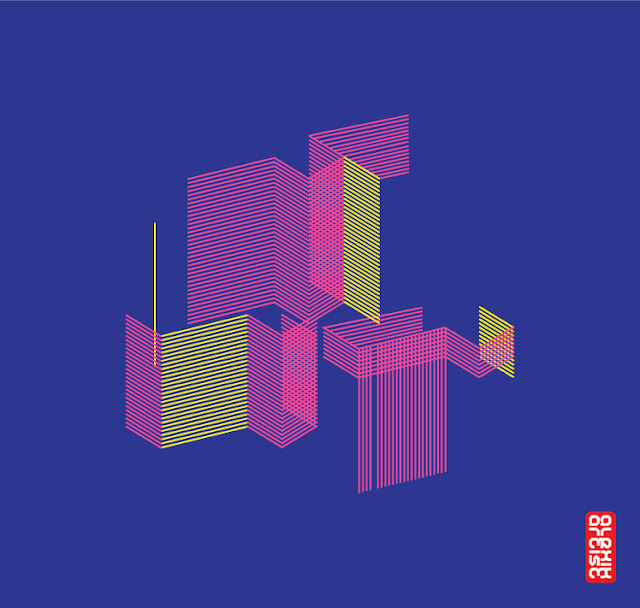 In a departure from my hand-drawn postcards, I'm reacquainting myself with vector drawing today. 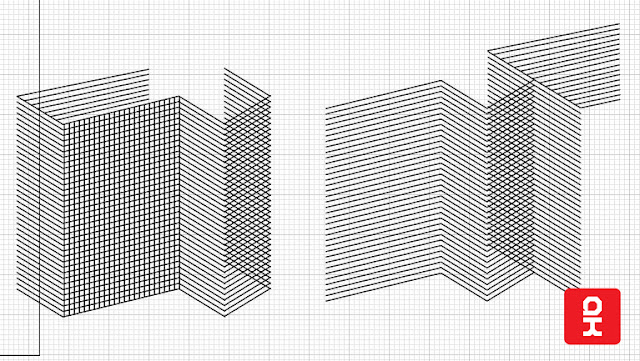 For myself and many of my colleagues, this was our final exhibition of 2016, at a beautiful space at the Custard Factory complex, Digbeth, Birmingham. I took these pictures soon after the install. Show curated by The Daphne Francis Gallery. 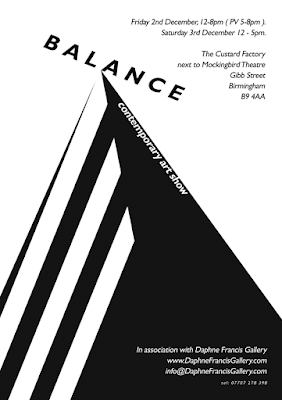 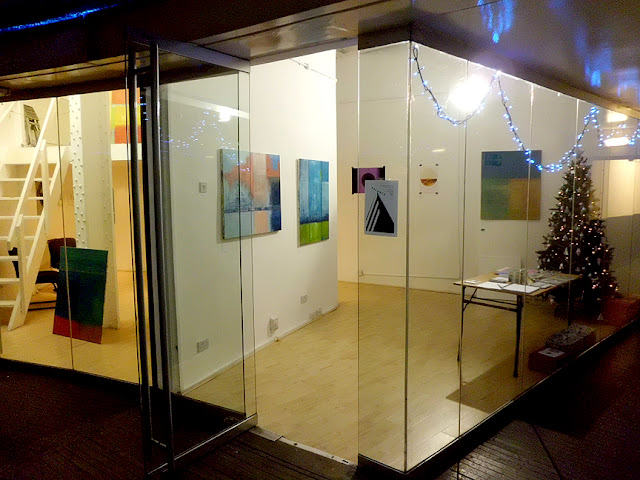 Below: My two contributions, now titled 'Encryption' and 'Stealth'.* 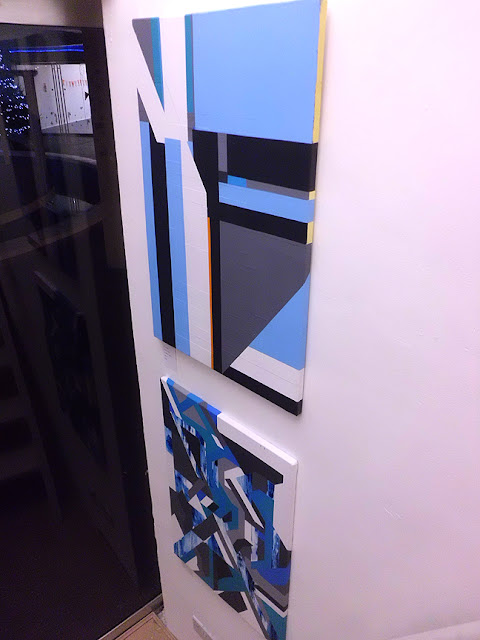 Below: Art by Zarina Keyani and Paris Christodoulou 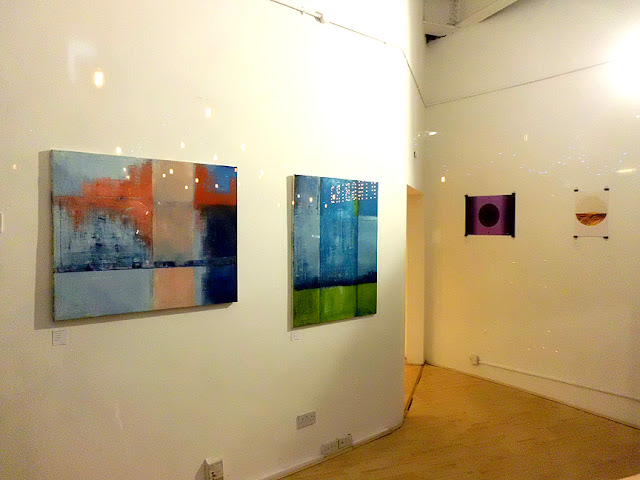 Below: Painting by Zarina Keyani 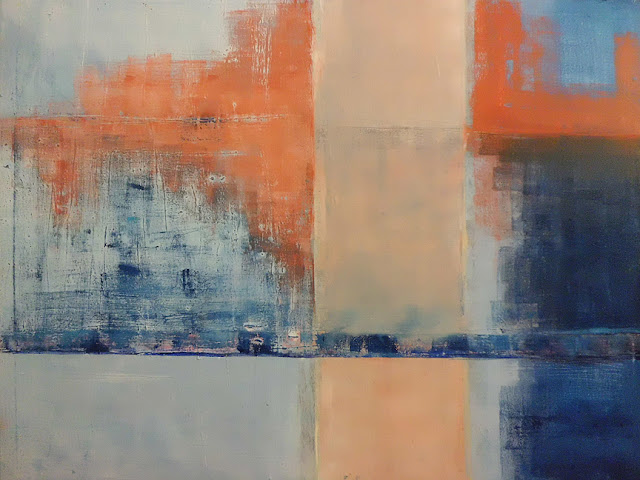 Below: My art ( far left ) and Zarina Keyani 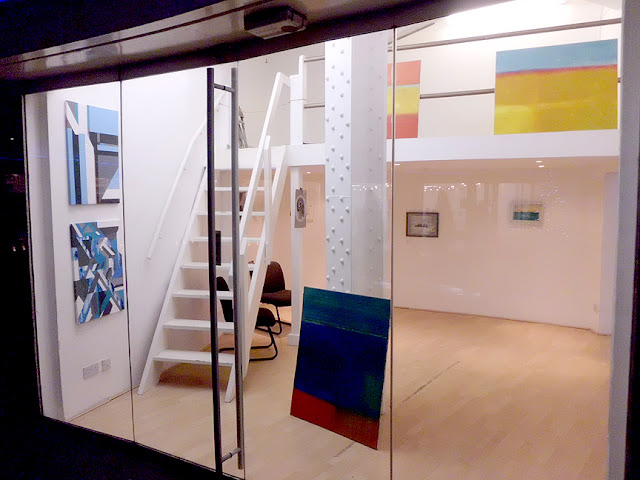 Below: Art by Jeannie Brown ( left x 3 ), and Paul Newman 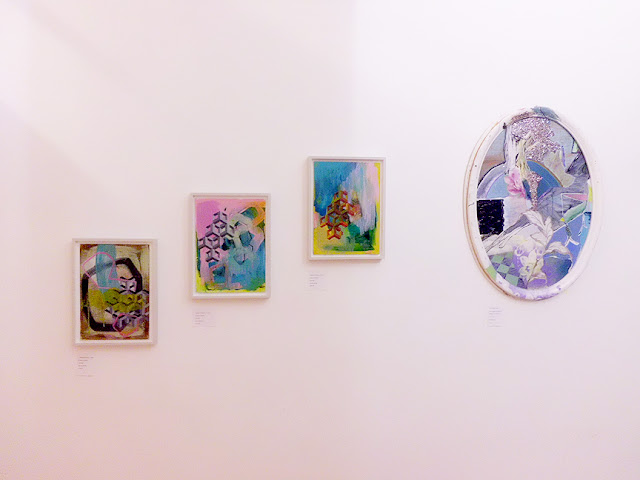